The average woman spends 11 minutes a day putting on makeup. And there are reasons why you shouldn’t feel guilty for a single second of that.

Our society has a long history with makeup. In fact, evidence of cosmetics dates back to 10,000 B.C. in ancient Egypt. Both men and women used ointments to clean the skin and cover up body odors. Kohl, a ground black mineral, was used to line the eyes to decrease sun glare and reduce the risk of eye infection (believed to be true at the time). Soon after, colored clays and dyes began to rouge lips and stain nails. And we never stopped. According to the NDP Group, global spending on cosmetics was estimated at $41.4 billion in 2015. That’s a whole lot of lipstick.

But recent trends have highlighted a move away from makeup. With the growing popularity of the #nomakeup movement — celebs like Alicia Keys and Alessia Cara even showed up barefaced to the MTV Video Music Awards last month — a girl can start to feel like creating the perfect cat eye is somehow doing something wrong.

Women often have a really conflicted relationship with makeup. Women who want to wear makeup, but aren’t sure about it; women who wear it, but feel guilty about it. But there are lots of really positive reasons to wear makeup.

If a person doesn’t feel comfortable in it, they shouldn’t wear it.

Even Keys agrees. In response to criticisms for her no-makeup VMA look, she posted a barefaced selfie with the caption, “Y’all, me choosing to be makeup free doesn’t mean I’m anti-makeup. Do you!”

So if “doing you” involves getting all dolled up with a dozens of different products every day, cheers to you. Here are seven mental-health benefits of wearing makeup.

#1 It can boost your confidence
You know the phrase “fake it till you make it”? Cosmetics can help you sell that. Putting on makeup is like putting on a pair of high heels. It gives you confidence and makes you feel more in control.

We are hugely supportive of Alicia Keys and the movement away from the heavy makeup, but we also believe that even the slightest bit of makeup can help create … a more perfected version of yourself. It is a little polish for your attitude and look.

A study published in the International Journal of Cosmetic Sciences agrees. When women were asked to imagine themselves wearing makeup or going barefaced in different social situations, women “reported being more self-confident and sociable when wearing as opposed to not wearing their customary cosmetics.”

#2 It can help you connect with other women
While some may think that makeup could cause of schism between women, it’s the opposite.

For the most part, we don’t find that makeup divided women. Sure, there are those women who are invested in cattiness, but by and large we found that women use beauty as a connector more than a divider. While discussing the best mascara or how to hide dark circles might be brushed off by some as superficial, we suggest a different viewpoint.

One woman we interviewed said that when she was wearing makeup or talking with another woman about makeup she felt a kind of humility was involved. It was a way of saying “I don’t think I’m so gorgeous that I don’t need something to look my best.” And that can bring women together.

In other words, admitting “I use concealer too” can create a kind of cosmetic camaraderie among women — and maybe help you finally find your Holy Grail foundation along the way. 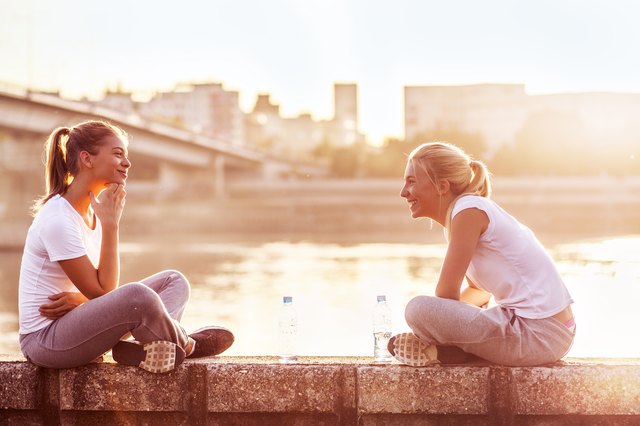 Don’t be fooled by myths about makeup making women catty. Your beauty routine makes you a part of a network of fabulous females.

#3 It can prepare you for “battle”
Just like we have certain clothes for working out and certain ones for going out, the idea of “putting on our face” with makeup can help prepare our mental mindset for whatever “battle” we are heading into.

Putting on makeup can help us step into the different roles in our lives. Makeup can make you feel awake and ready for the day. Makeup can feel protective, like armor.

In work situations — especially meeting new people — wearing red lipstick feels like having a great pair of shoes on. And who would leave home without shoes? Makeup then helps us transform into the different parts we play. The act of applying camouflage becomes not only a way of making yourself look the part, but also a way of actually becoming the part.

#4 It’s fun
Makeup isn’t all business, though. It also can be downright fun to create a brand-new look with a few simple pencils and palettes.The look that you decide to do each day really depends on your mood. Putting on makeup is like putting on a costume. You get to become this whole other person. For lots of women it’s just fun.

Women who view makeup as a way to play are more likely to have higher self-esteem (even without makeup on) and be more assertive. Makeup doesn’t express the self for this kind of wearer. Instead, she wears it to channel a particular state of being, whether that’s glamorous, gentle, artistic, rebellious and so on. 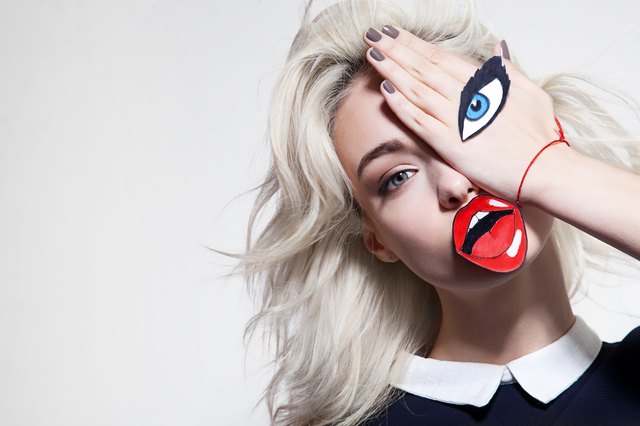 Makeup can be a fun form of self-expression

A study published in the journal Plos One presented participants with four versions of the same face: one barefaced and three with increasing degrees of makeup application, which they termed “natural,” “professional” and “glamorous.” Participants were then asked to rate the different faces for attractiveness, likeability, trustworthiness and competence. The researchers found that participant’s feedback did vary for each makeup look and that all three makeup looks rated positively — proving that attractiveness is correlated with competency.

#6 It’s designated “you” time
We know you’re busy. But whether your morning makeup routine takes you four minutes or 40, that time is time you are spending on yourself — even if there are kids or furry animals vying for your attention every 30 seconds.

Time and time again, we heard from women that another benefit of makeup was the ritualistic aspect of it. This is a way of getting ready physically, but also mentally. The scent of the cosmetics, the feel of brushes or creams, the music (or quiet) you listen to — each of these can help build a kind of Pavlovian calm to your daily makeup routine. 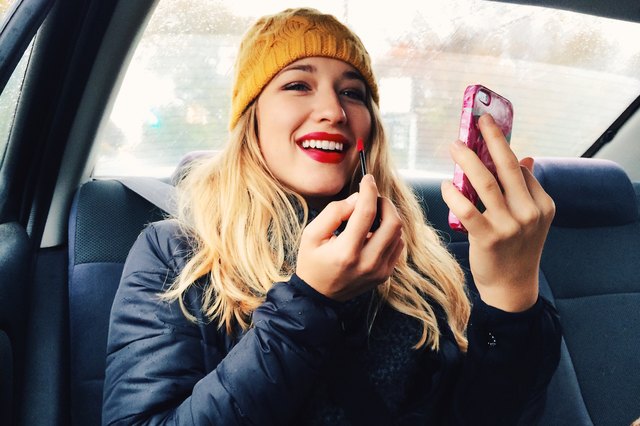 Applying makeup forces you to spend a moment on yourself

The study hypothesized that either chemical compounds in makeup, the mechanical stimuli of applying makeup or psychological stimuli of the application process may be the cause. Whatever the reason, that bold lip color might just score you some higher-quality rest.

Have you been empowered by the #nomakeup movement? Why or why not? What’s your morning makeup routine like? Did you relate to any of these points? How has makeup impacted your life? Tell us a story about it!